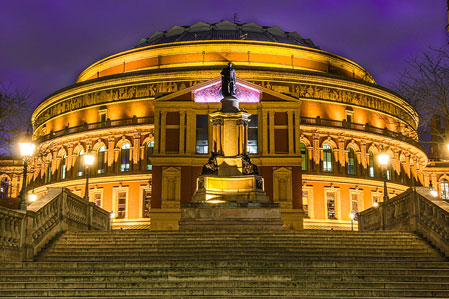 The Royal Albert Hall is a famous building with a world renowned stage that you just have to visit when in London. If you want a slice of British culture, this is it. It was originally opened by Queen Victoria in 1871, and since then, has put on thousands of shows. In fact, it hosts more than 360 events a year. This includes classical music, as well as jazz, circus, rock, pop, opera, dance, comedy and for those sports lovers, the tennis. The Royal Albert Hall is in South Kensington, just 19 minutes via tube from Grand Royale London hotel. It is a very distinctive building and the venue for some of the most famous events in the country, including the Proms. Check out their website for the latest shows.